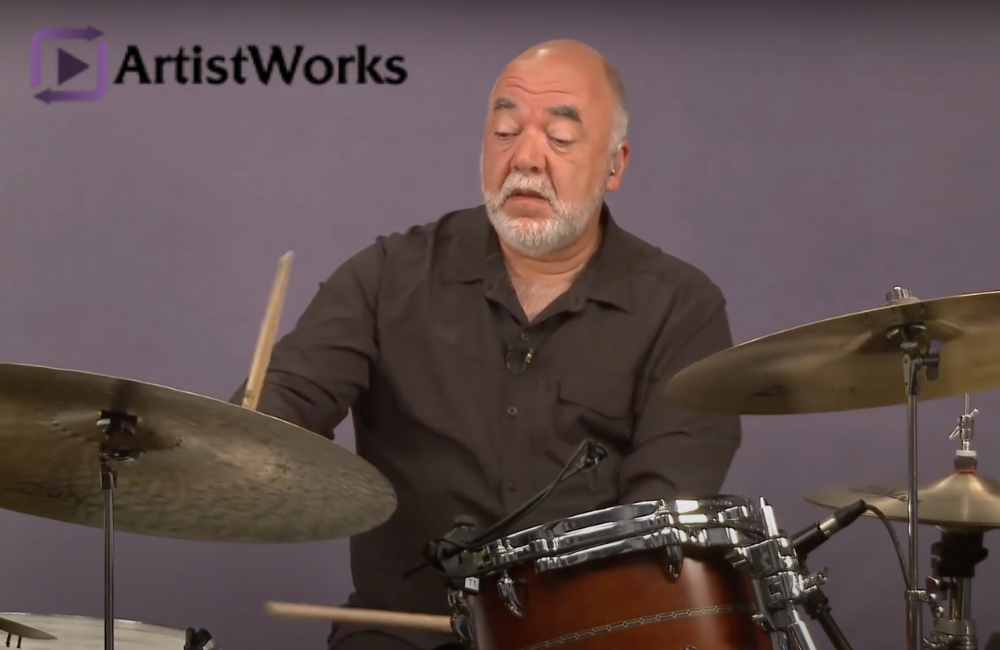 Jazz drums with Peter Erskine is a premium but an affordable online course for drummers who want to learn to play jazz. Video content is divided by skill level into beginners (64 lessons), intermediates (34 lessons), and advanced (45 lessons).

Drum legend Peter Erskin explains everything from the basics, coordination exercises, techniques for playing drums and cymbals, playing with whisks, jazz phrasing to playing standards, and creating solos. In addition to step-by-step video lessons, students can submit 5 videos for review by an instructor.

Peter Erskine is a legendary drummer who has influenced players around the world. During his career, he recorded more than 600 recordings, won 2 GRAMMY, and performed with musicians such as Jaco Pastorius, Chick Corea, Joni Mitchell, Pat Metheny, John Scofield, and many others. In addition to the Jazz Drums course at Artistworks, he is the author of many books on drumming techniques. Peter holds an Honorary Doctorate from the Berklee College of Music. You could hear his drumming in several movies, such as La la land or Austin Powers.